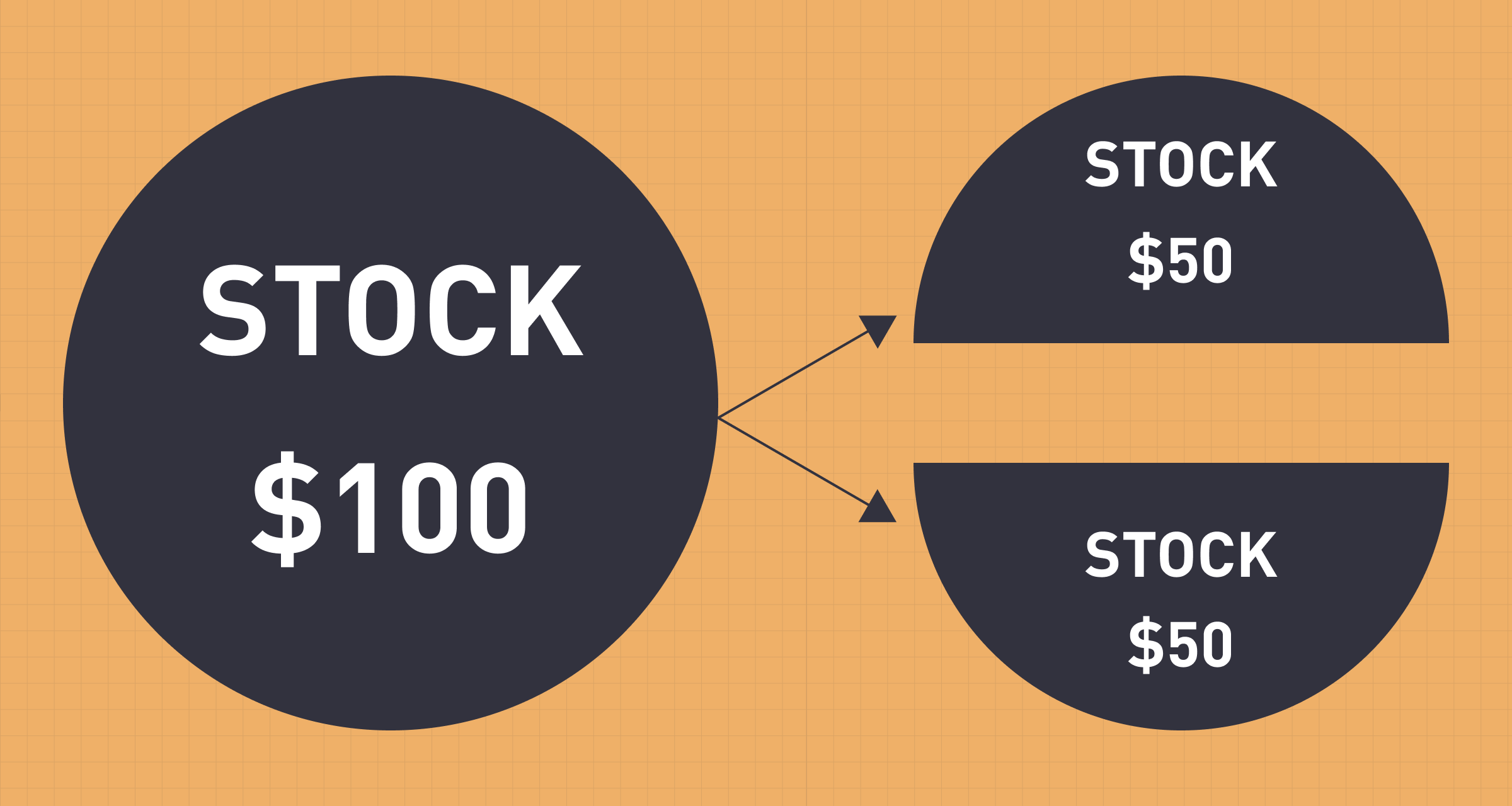 For example, let’s say you own 10 shares of a company which decides to execute a 2:1 stock split. The total number of shares of the company is 1,000,000, and each share is trading at $100 in the market. On the day the split becomes effective, each share will be split into two shares, and you’ll now own 20 shares of the company. The total number of outstanding shares will now be 2,000,000, and the market price of each of those new shares will be around $50, since the company itself didn’t gain or lose value. The most common split ratios are 2:1 or 3:1, however recently we’ve seen split ratios as high as 10:1 or more.

Benefits of a split

Stock splits lower the price of a single share, often with the intention of increasing the perceived affordability of a share and therefore its liquidity.

For example, most investors would prefer to purchase 3 shares of a $200 stock versus 1 shares of a $600 stock. Increased liquidity may also decrease the cost of trading a single share, which can help companies repurchase their own shares at a lower cost.

Stock splits by large “blue-chip” companies are sometimes seen by investors as a bullish signal given the increased perceived affordability of the stock, however it should be noted that there is no fundamental change in a company’s fair value after a stock split!

Disadvantages of a split

Considering that a stock split has no fundamental impact on a company’s value, the process of a split is complicated, expensive, and highly regulated.

Some investors believe stock splits should be avoided to maintain the exclusivity of certain stocks. Splitting a stock and increasing its liquidity in the marketplace may diversify the pool of stockholders who own a portion of the company.

If a company does a stock split and their share price falls below $1 for 30 consecutive days, they risk being delisted from certain public exchanges.

Tips if you own a stock that splits

If you have the Atom Finance app, you can access real-time data, news, and insights about companies and stock splits from your smartphone or desktop. If you don’t have the app, try it for free.

*Consult a tax advisor and see this resource from the IRS for more information.

Get Atom in your inbox

Receive exclusive insights and be among the first to know about new product offerings. Unsubscribe at any time.